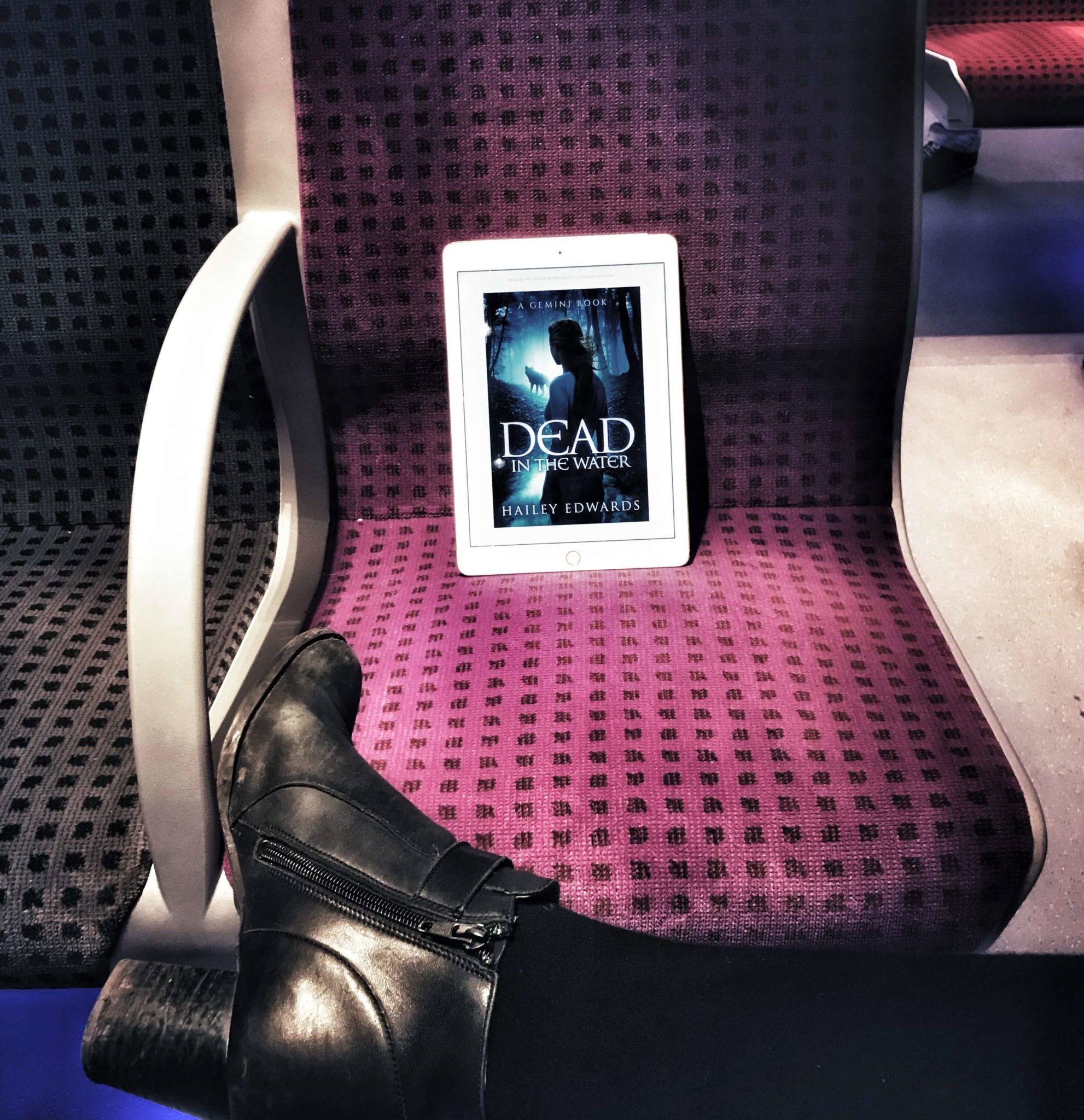 Dead in the water (A Gemini book 1) – Hailey Edwards

Hailey Edwards returns with a new series named « Gemini ». The first book is called « Dead in the water ». Let’s discover together this fantasy book (with a bit of mystery).

Camille Ellis is the Earthen Conclave’s golden girl. Her peculiar talent solves cases with a touch. She isn’t afraid of getting her hands dirty, but every bright star casts a shadow, and her deepest scars lurk just beneath the skin.

A routine consultation goes sideways when a victim’s brother gets involved in the investigation. Riding the edge of grief, the warg will go to any lengths to avenge his sister’s death. Even if it means ensuring Cam’s cooperation at the jaws of his wolf.

When the killer strikes again, Cam is caught between a warg and a hard place. To save the next victim, she must embrace her past. Even if it means dragging her darkest secrets into the light of day.

Well, I’ll be honest. I hesitated to read this book because I didn’t like the series « Black dog ». After reading the summary and reviews on Goodreads, I read it … which left me with mixed feelings.

The plot is based on a criminal investigation led by Camille. As an investigator of the Conclave, she is on the trail of a serial killer, probably fae origin. This serial killer kills girls by drowning them and cutting off limbs. Throughout this volume, she will try to stop the culprit with the help of one of the victim’s brother. At first, this plot is rather interesting (a fantasy book with a police investigation, why not ?). But after reading it, I find that the investigation is a little hollow. During 2/3 of the book, Camille and Cord (victim’s brother) tried to set up a trap to stop the killer. Personally, this part of the book was a bit boring.

The main characters are well described and interesting. Camille is a Gemini, she can transform and guess people’s power with a touch (I won’t spoil you more). She is a lonely woman haunted by her past. Her meeting with Cord Graeson, will make her want to face her past and share her life. Cord is a warg, beta of his pack, who will do anything to avenge his little sister. I really liked Cord’s character, and it’s thanks to him that I continued to read this book.

As you can imagine, a romance develops slowly between the two. At the beginning of the book, I was very scared because for a moment I thought I was dealing with an almost instant romance (I hate them). But Cord saved me … lol. As I told you, this man will do anything to avenge his sister … even use someone. These actions made the romance and the story more captivating.

The book is short, so the ending comes rather quickly and the reader remains with a lot of questions (but what will happen next?). Still, we get a brief look at Camille’s family which made me want to discover them.

In the end, Cord, Camille’s family and the brutal ending made me want to read more. However, I still have mixed feelings about this book because I was a little bored from time to time.

This fantasy book has a bit of mystery in it. The characters and the romance are interesting. However, do not read this book if you are looking for a fantasy with a complex and breathtaking police investigation.

What did you think of this book or this series ?