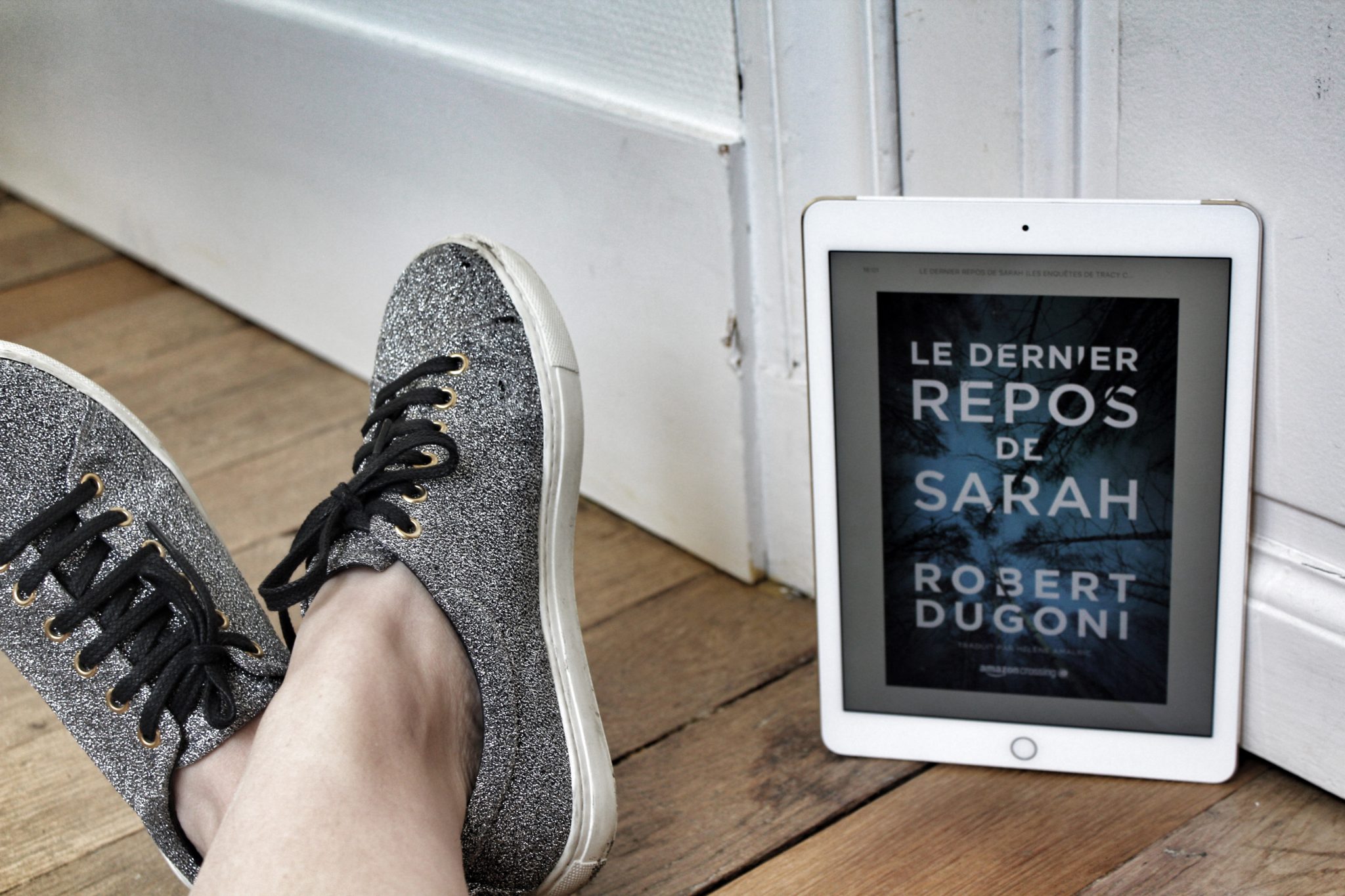 In « My Sister’s Grave » (Tracy Crosswhite – Book 1), Robert Dugoni leads you into a fascinating thriller. It’s honestly one of my favorites. If you like police investigations that will not leave you intact, this book is for you.

Robert Dugoni is an American author known for his « David Sloane » series. He is considered by critics as a specialist in  « legal thriller ». If you like John Grisham, you will love Robert Dugoni.

Tracy Crosswhite has spent twenty years questioning the facts surrounding her sister Sarah’s disappearance and the murder trial that followed. She doesn’t believe that Edmund House—a convicted rapist and the man condemned for Sarah’s murder—is the guilty party. Motivated by the opportunity to obtain real justice, Tracy became a homicide detective with the Seattle PD and dedicated her life to tracking down killers.

When Sarah’s remains are finally discovered near their hometown in the northern Cascade mountains of Washington State, Tracy is determined to get the answers she’s been seeking. As she searches for the real killer, she unearths dark, long-kept secrets that will forever change her relationship to her past—and open the door to deadly danger.

I warn you in advance, I will not stop complimenting this book. I loved getting to know Tracy Crosswhite’s world and the atmosphere of the small town of Cedar Grove.

The plot is based on the disappearance of Sarah, 20 years ago. Sarah disappeared one night while returning from a shooting competition. At the time, Edmund House was found guilty of the crime although the evidence was thin. After this tragedy, Tracy (Sarah’s sister) became a homicide detective. She never accepted Edmund’s guilt. When the Cedar Grove police find Sarah’s body in the forest, Tracy wants to reopen Edmund House’s trial and find out what really happened to her sister. Honestly, the investigation around Sarah’s death is pretty well written. We discover Tracy Crosswhite and Cover Grove, a small city in the state of Washington. There are 2 very different parts in this book:

+ Part 2 begins when an appeal is made to reopen the Edmund House trial.

When I was at 80% of the book, I would have told you that I preferred the first part of the book. But the ending changed my mind. Both parts are really important and interesting.

« My sister’s grave » is really a legal thriller in the true sense of the word. The author leads us into the workings of the Judicial system. Personally, I loved it because it gives a very realistic side to the story. I found myself questioning Edmund House’s guilt after reading about the evidence.

In this story, the reader is both in the present and in the past (when Sarah died). In general, I am not a big fan of flashbacks. But I must admit that it works really well in this story. And I liked to understand the psychology of the characters when Sarah disappeared.

We have the point of view of several characters which gave a lot of depth to the story. I understood the talent of this author through the details in the book.

Robert Dugoni describes the characters very well. Having their point of view during the book, helped me to understand them. Personally, 4 characters marked me: Tracy, Dan, Sheriff Calloway and Sarah.

+ Tracy is the main character of this story. We follow her into the investigation of her sister’s death. I really liked this character because Robert Dugoni made him very human. She is a woman who has never been able to accept the disappearance of her sister. She has been living with her guilt for 20 years. It broke her marriage and changed her life. She became a homicide detective because of that. When her sister’s body is finally found, she wants to understand what happened that night.

+ Dan O’leary isTracy’s and Sarah’s childhood friend . He left Cedar Grove before Sarah’s disappearance. Now, he is a lawyer and just returned to Cedar Grove. He will be a great support for Tracy. For me, he is the positive character of this book. He will help Tracy understand the truth and rebuild herself. I would not have liked this book as much without this character.

+ Sheriff Calloway is also a key character in this book. The sheriff of Cedar Grove led the investigation when Sarah disappeared. My vision and my opinion of this character has changed a lot in the book (I won’t spoil you). Robert Dugoni manages to manipulate us. You will see that your opinion on the characters will change. I think that’s one of my favorite things about this book.

+ Finally, let’s talk about Sarah. What to say about Sarah? I did not think I would get attached to a dead character (I know it’s weird). Sarah is brave and loving. By giving us Sarah’s point of view, Robert Dugoni makes us love a character whose ending will break our hearts. After reading the ending, Sarah became my favorite character.

A romance exists in « My sister’s grave ». I didn’t expect it when I started this book. But thank you Mr. Dugoni because I do not regret it. It is well written and does not take too much space in the plot.

Well now let’s talk about the ending. As I told you, when I was at 80% of the book I thought that the judicial side took a little too much space. I began to get impatient. Who is the murderer ? Why ? And then … I did not see the twist coming. I read a lot so it does not happen often.

Let’s admit it, Robert Dugoni shocked me. I could not drop my book during the last 20%. Just for the ending, you have to read this book. It is thanks to the ending that I like Sarah’s character so much.

If you like legal thrillers with a very well written ending, « My sister’s grave » is for you. It is one of my favorite thrillers. I will read the other books of « Tracy Crosswhite series ».

If you are looking for a thriller, with Robert Dugoni you are in good hands.

What did you think of this book? Can you recommend me any thrillers ?