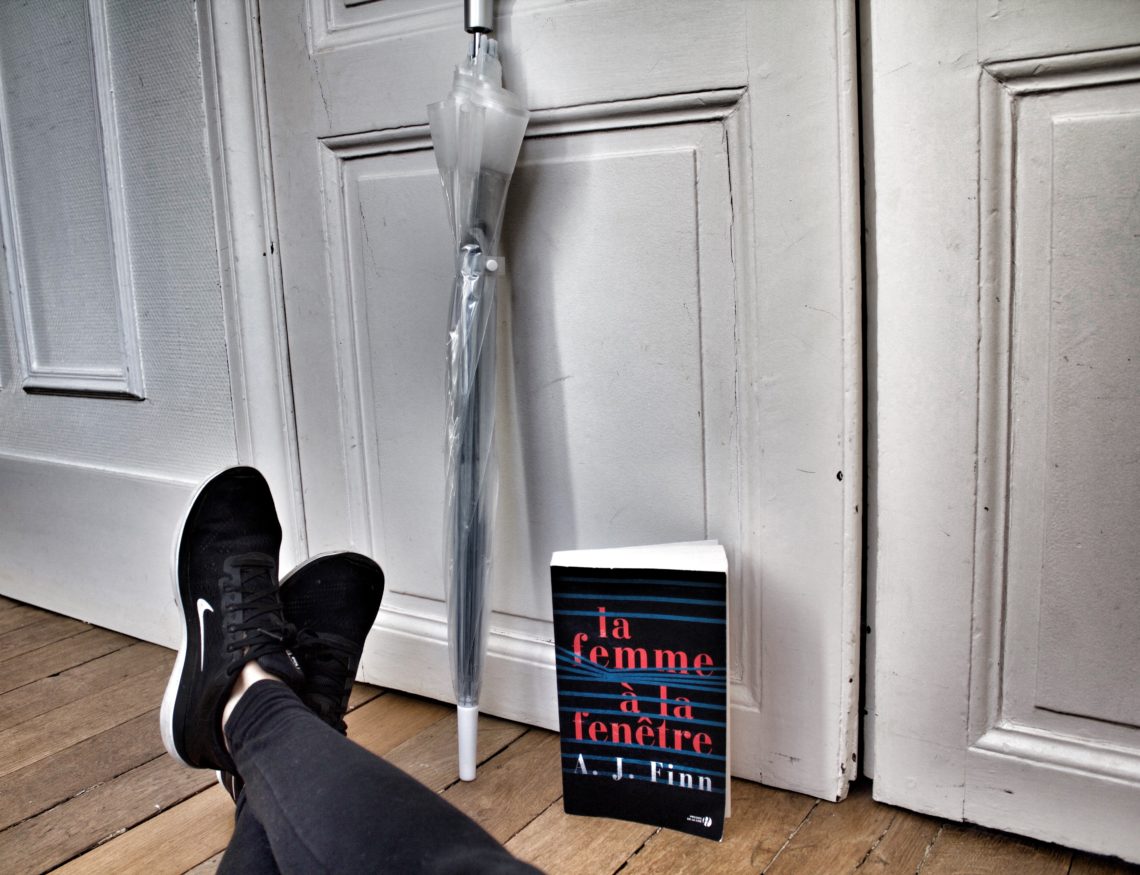 The woman in the window – AJ Finn

The thriller « The Woman in the Window » by AJ Finn will take you into the tortured mind of an agoraphobic woman who has to prove she has seen a murder.

AJ Finn is an American author whose first book is « The Woman in the Window ». After being an editor, he decided to start writing a thriller. His novel was sold in more than 38 countries in record time.

Anna Fox lives alone—a recluse in her New York City home, unable to venture outside. She spends her day drinking wine (maybe too much), watching old movies, recalling happier times . . . and spying on her neighbors.

Then the Russells move into the house across the way: a father, mother, their teenaged son. The perfect family. But when Anna, gazing out her window one night, sees something she shouldn’t, her world begins to crumble and its shocking secrets are laid bare.

What is real? What is imagined? Who is in danger? Who is in control? In this diabolically gripping thriller, no one—and nothing—is what it seems.

I will tell you right away that I loved this book. AJ Finn takes us into the mind of Anna, a tortured and agoraphobic woman, who believes she has witnessed a crime. I went through all the emotions while reading this book: laugh, shock, cry.

« The Woman in the Window » is a psychological thriller in the true sense of the word. The reader finds himself in the mind of Anna Fox, a young woman who has not been out of her home for more than a year and who enjoys watching her neighbors.

The book takes place during 23 days and is punctuated by Anna’s days. Thanks to this cutting, we really get into Anna’s daily life.

To understand the plot of this book, I will divide it into 3 different parts: The introduction of the plot, the search for the truth following the murder, the outcome.

+ The introduction of the plot: From the first pages, we discover Anna and her love for spying on her neighbors. The story will focus on the arrival of the Russel family in the house in front of her house. During this first part of the book, AJ Finn gives us time to know Anna and the Russel family. The book is punctuated by Anna’s interactions with the outside world. This gives funny and touching moments. I really liked this part because it allows us to discover and attach ourselves to different characters. Much of the information given in this part will have an impact on the plot.

+ The search for the truth: The mystery really begins when Anna witnesses a murder at her neighbors. From this moment, the story accelerates. Anna has to prove to the police and herself what she saw. There are many twists and turns. You do not have time to get bored. However, if you are looking for a novel with a real police investigation this book is not for you honestly. There is no real police investigation, everything happens in Anna’s mind. Anna does not have to go out of her house to understand the truth.

+ The outcome of the plot: The outcome takes place the last 30 pages of the book. So until this moment, AJ Finn will keep you on the edge of your seat and make you doubt Anna. There will be a  twist. You will not see it coming.

This thriller really has a different atmosphere from the other books I’ve read. You must pay attention to the slightest detail so as not to be surprised by AJ Finn. This book is certainly not an investigation as one would expect but the way AJ Finn manipulates us is great. If you like psychological books then you will love the plot.

+ Anna Fox (the main character): Anna Fox is an agoraphobe, addicted to drugs and alcohol (specifically Merlot). She spends her time spying on her neighbors, playing chess or writing on her forum for agoraphobes. Personally, I loved this imperfect character. Although in a complicated situation, she keeps a sense of humor and manages alone. This is absolutely not a weak woman which I appreciated. Her love for black and white films is very well described by AJ Finn. I was very attached to this character.

+ The Russel family (Alistair, Jane and Ethan Russel): They look like the perfect family but little by little the defects will appear. The description made of this family in the first part of the book changes entirely in the second part. I will not tell you more to avoid spoiling you. But know that AJ Finn will surprise you with these characters.

+ David (Anna’s tenant): David lives below Anna’s house. He is a rather mysterious man. I have mixed feelings about this character. I can not tell you if he was too present or not enough. He participates in the plot but I remain a little unsatisfied by his ending. Tell me what you think about this character.

As you can imagine, there is no romance in this book. There is no place in this story for romance even though I would have liked it.

The end of « The Woman in the Window » is fast and effective. I did not expect that. The outcome is quite amazing. So well played AJ Finn.

Personally, I really liked « The Woman in the Window » by AJ Finn. It is one of my favorite thrillers.

+ The very psychological aspect of this thriller

+ The twists and turns

If you are searching for a good thriller, you can go see my review on My Sister’s Grave