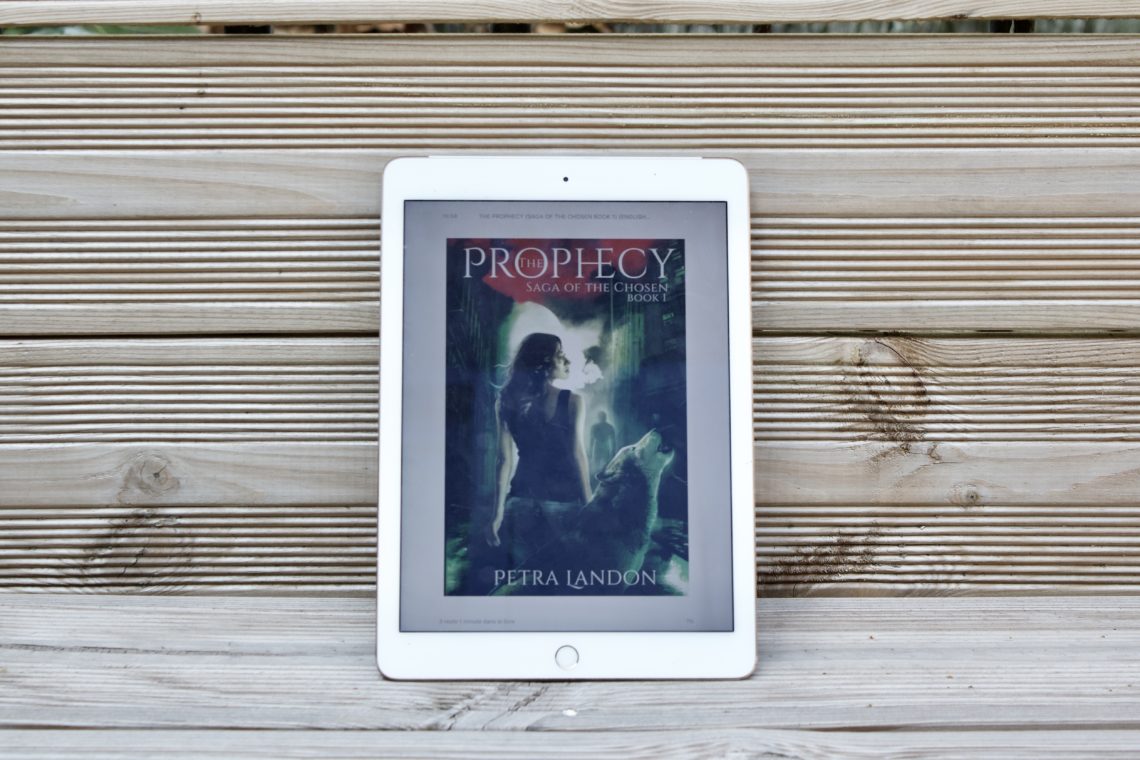 The Prophecy – Saga of the chosen – Petra Landon

I was really surprised by « The Prophecy », a fantastic and well written fantasy book. Petra Landon, the author, leads us into a fantasy world of precarious peace and ruthless political relations. If you like alpha males and love the urban fantasy genre this book is for you. Personally, it became one of my favorite books.

Petra Landon is a new author who specializes in fantasy and science fiction. After being an avid reader for years, Petra wanted to start writing her own novel. I’m happy she did 🙂

As a powerful wizard threatens the Chosen from beyond the grave, can they unravel The Prophecy in time to save their world?

Tasia is a very special Chosen. Warned to keep her distance from her brethren, she makes a fateful decision one night to assist an injured Shape-shifter. Suddenly, Tasia finds herself in the cross-hairs of Shifter mercenaries encroaching on San Francisco and their vampire allies. Forced out of the shadows, Tasia has little choice but to ally herself with the local Shifter Pack, led by a formidable and dangerous Alpha Protector. Amidst the volatile and aggressive Shifters, Tasia must fight to guard her secrets while struggling to negotiate with the enigmatic Alpha who holds his violent Pack together with a ruthless hand on its reins.
Grave danger threatens their world as a powerful wizard exploits an old prophecy to divide the Chosen. When the Pack is asked to investigate the twenty-five year old mystery, Tasia is drawn deeper into a past that risks raising the suspicions of the very Chosen she hides from. As danger closes in on her, Tasia must decide who to trust with the deadly secrets she guards.

As you know, urban fantasy genre is one of my favorite because it mixes fantasy, action and a little bit of romance. Romance is not the center of the story. This genre is becoming popular, so I find it increasingly difficult to find quality stories that surprise me.

The plot of « The Prophecy » is very complex. We discover in this first volume the different supernatural factions present in this world, called the Chosen. Each faction of Chosen has its own politics and leaders (ex: Wizards, Vampires, Shifters etc). Throughout the story, we discover the rules and alliances of this ruthless world.

I especially liked the action in this book. There is twist after twist. We start the book with a first problem that will push Tasia to ally with the shifters (I’m trying not to spoil you too much). Then the plot evolves and moves towards a much more serious and dangerous problem for our protagonists. I did not get bored for a minute during this rich and complex reading.

Plus, I liked the way the descriptions were made. We have the views of several characters throughout the story. Personally, it’s something that I appreciate because it allows to better understand the different characters. In conclusion, it’s nice to read a well-written book that takes you to an imaginary world after a long day.

The characters are the strength of this book. Frankly, the main and secondary characters are really detailed and interesting. I was surprised by the number of characters in this book and Petra Landon makes you like almost all of them. You will want to see them grow and evolve. I must admit that I have a special in my heart for Raoul. The alpha of San Francisco is a complex and dark character. I really like the fact that Petra Landon is taking the risk of creating a very dark and ruthless main character.

I liked Tasia a little less. Her character is interesting but I would prefer her a little more kick-ass. For now, she seems completely restrained by her secrets (especially in the second book). Maybe I’m a little hard on this character but I feel like she has potential. I hope she’s going to become as powerful and ruthless as Raoul.

The romance is not the center of the story but it is present. Loving imperfect characters, I could only love this romance that appears between 2 characters shaken by their secrets and their past. I think you will love it as much as I do. FYI, it’s a slow romance.

The end is not disappointing and makes you want to read directly the second volume (what I did). Now, I really need book 3 🙂

What you must remember …

♠ Tasia’s character who seems a little shy and too conflicted, especially about Raoul (in those parts of the books I want to slap her)

What did you think of this book? What is your favorite urban fantasy book?

Have a good week 🙂